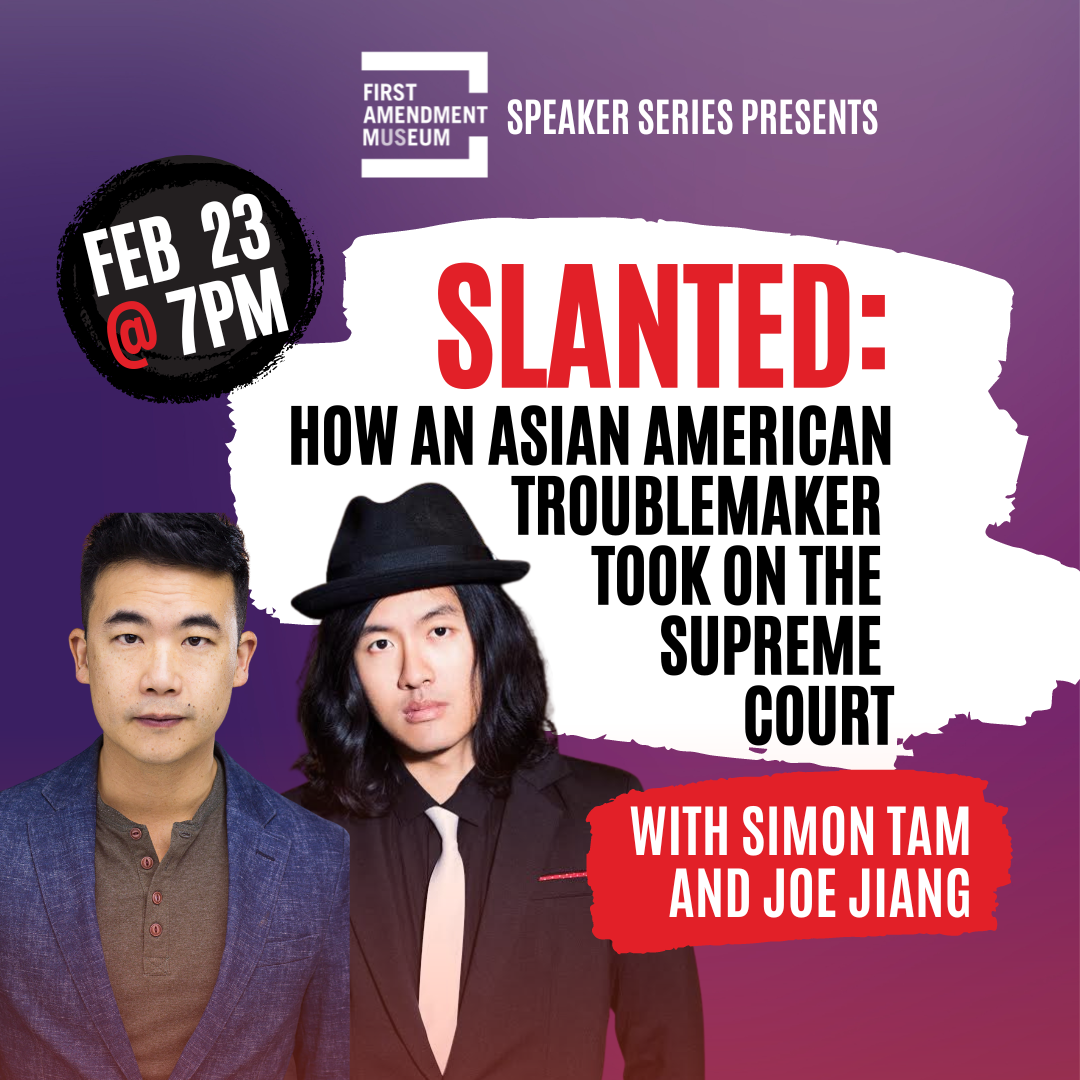 Simon Tam and Joe X. Jiang are Asian-American rock stars who notoriously took a First Amendment case to the Supreme Court. Using music, the two will share their journey to Washington DC, but this presentation will also discuss reappropriation and freedom of expression.

Simon Tam is an author, musician, activist, and self-proclaimed troublemaker. Best known as the founder and bassist of The Slants, the world’s first and only all-Asian American dance rock band, Simon approaches arts and activism with radical optimism and compassion. In 2017, he won a landmark case at the U.S Supreme Court, unanimously, helping to expand civil liberties for marginalized groups. His work has been highlighted in over 3,000 media features across over 150 countries, including Rolling Stone, TIME, NPR, BBC, and the New York Times.

Joe X. Jiang is a filmmaker and musician who has called Portland, OR home for a decade. His movies, which range from intimate documentaries to artistic narratives, have been featured at film and art festivals around the world. His most recent project, The Cutting Shadow, was screened at the 2017 San Diego Asian Film Festival and showcased at multiple festivals in 2018. As a musician, Joe performs in several bands, including The Slants, and is also a producer.

Register for the Zoom Event
Free 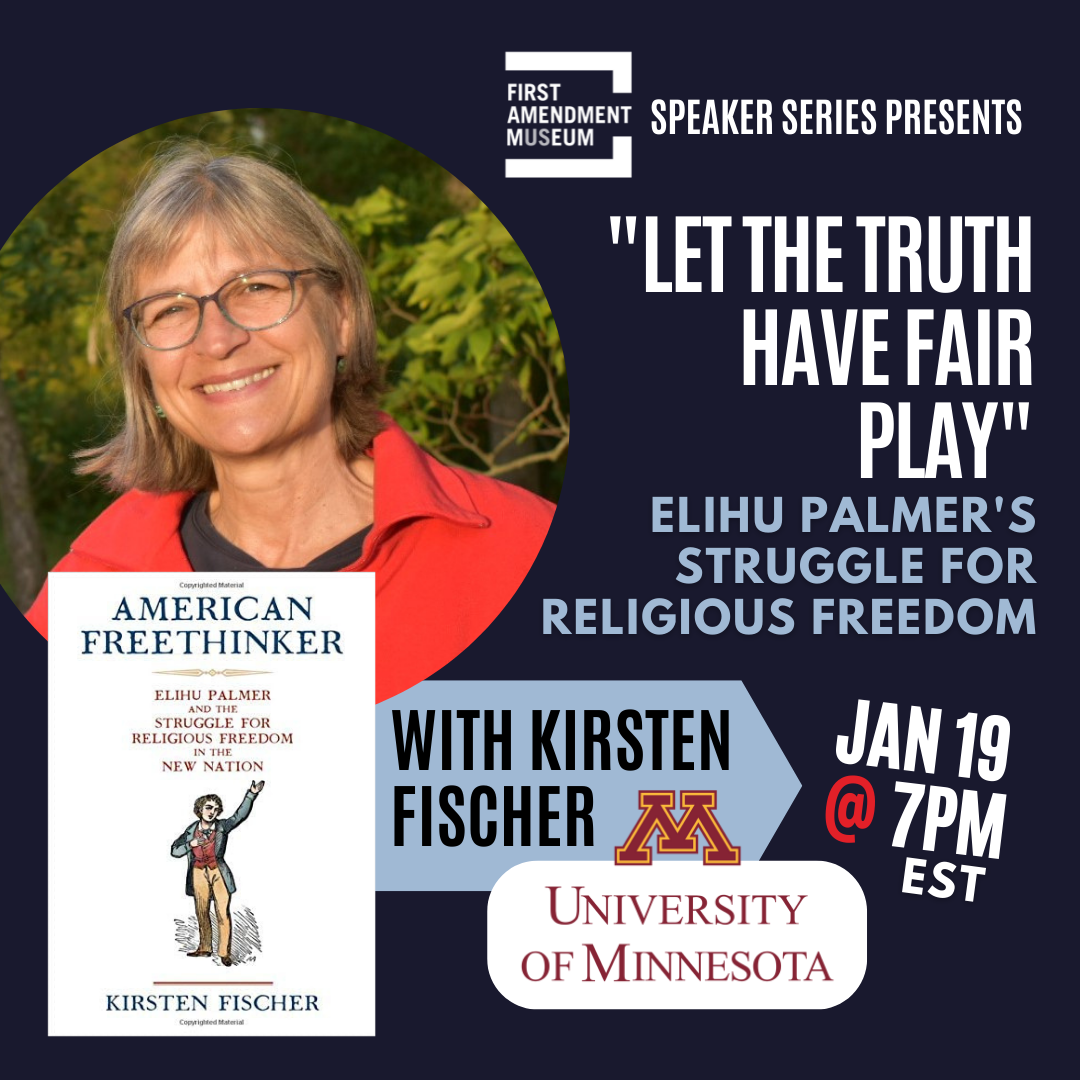 In this First Amendment speaker series event, Professor Kirsten Fischer will discuss her new book, American Freethinker: Elihu Palmer and the Struggle for Religious Freedom in the New Nation. Palmer was a secular activist in early America that pushed for free speech and religious freedom.

Kirsten Fischer is a professor of history at the University of Minnesota. She recently wrote American Freethinker: Elihu Palmer and the Struggle for Religious Freedom in the New Nation. Published by the University of Pennsylvania in 2021, the book is a biography of a once-notorious public speaker who attacked Christianity and pushed for freedom of speech. She is also known for her book Suspect Relations: Sex, Race, and Resistance in Colonial North Carolina (Cornell, 2002), which shows the development of racial thinking in a slave society. Fischer is an award-winning teacher and the recipient of numerous grants and fellowships. She has presented her work in France, Italy, Germany, and Canada. She was hosted for two years at the University of Heidelberg’s Center for American Studies, once as a Fulbright scholar.

Register for the Zoom Event
Free 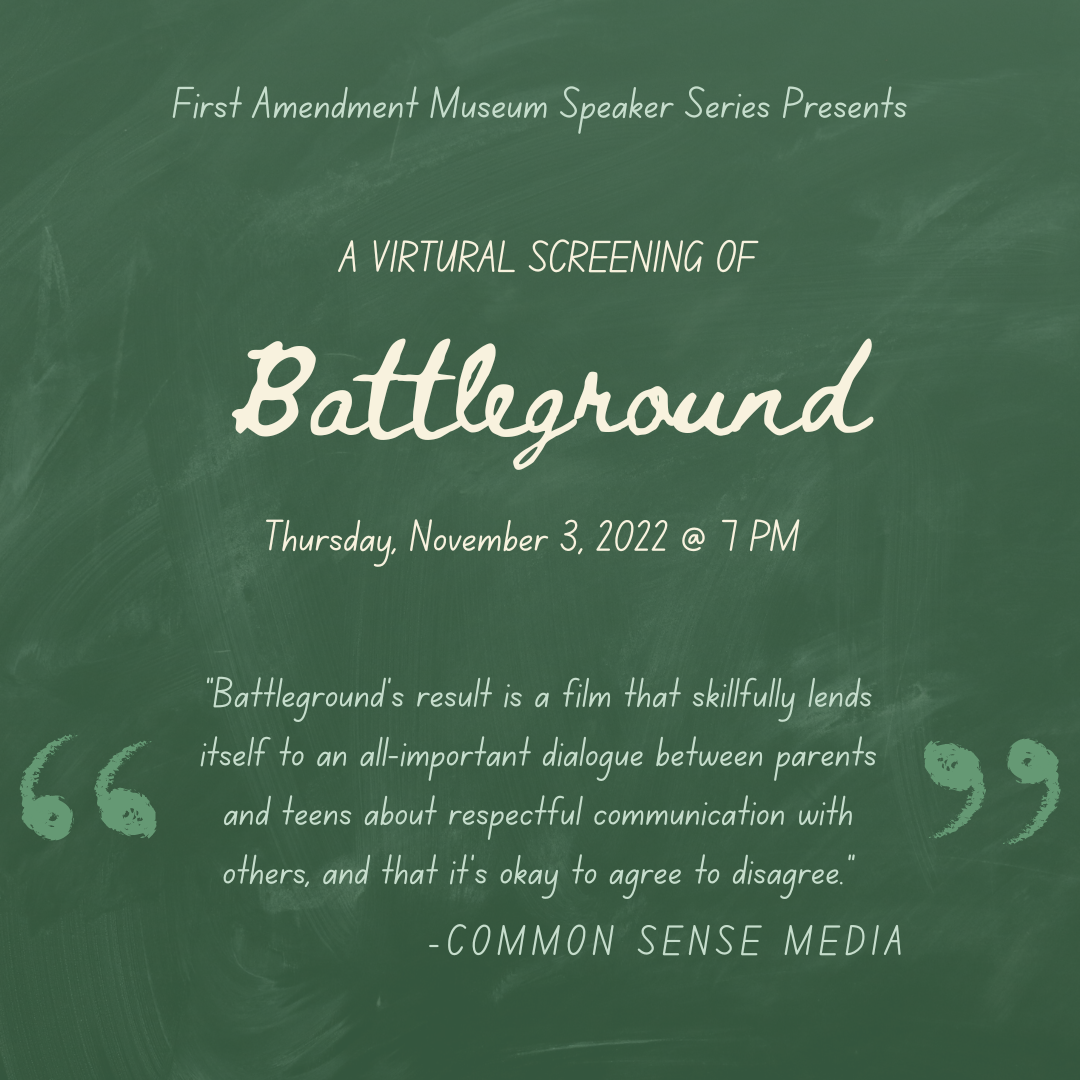 Battleground is an intimate look at our political divide, as seen through the eyes of two grassroots activists in the pivotal counties of Lehigh Valley, PA, during the 2020 election.

Tom Carroll is a Trump delegate, and a Tea Party Chairman. Greg Edwards is a Black pastor, and a progressive leader supported by Bernie Sanders.

When their paths collide, we realize that they have much more in common than meets the eye.

Register for the virtual screening
Free 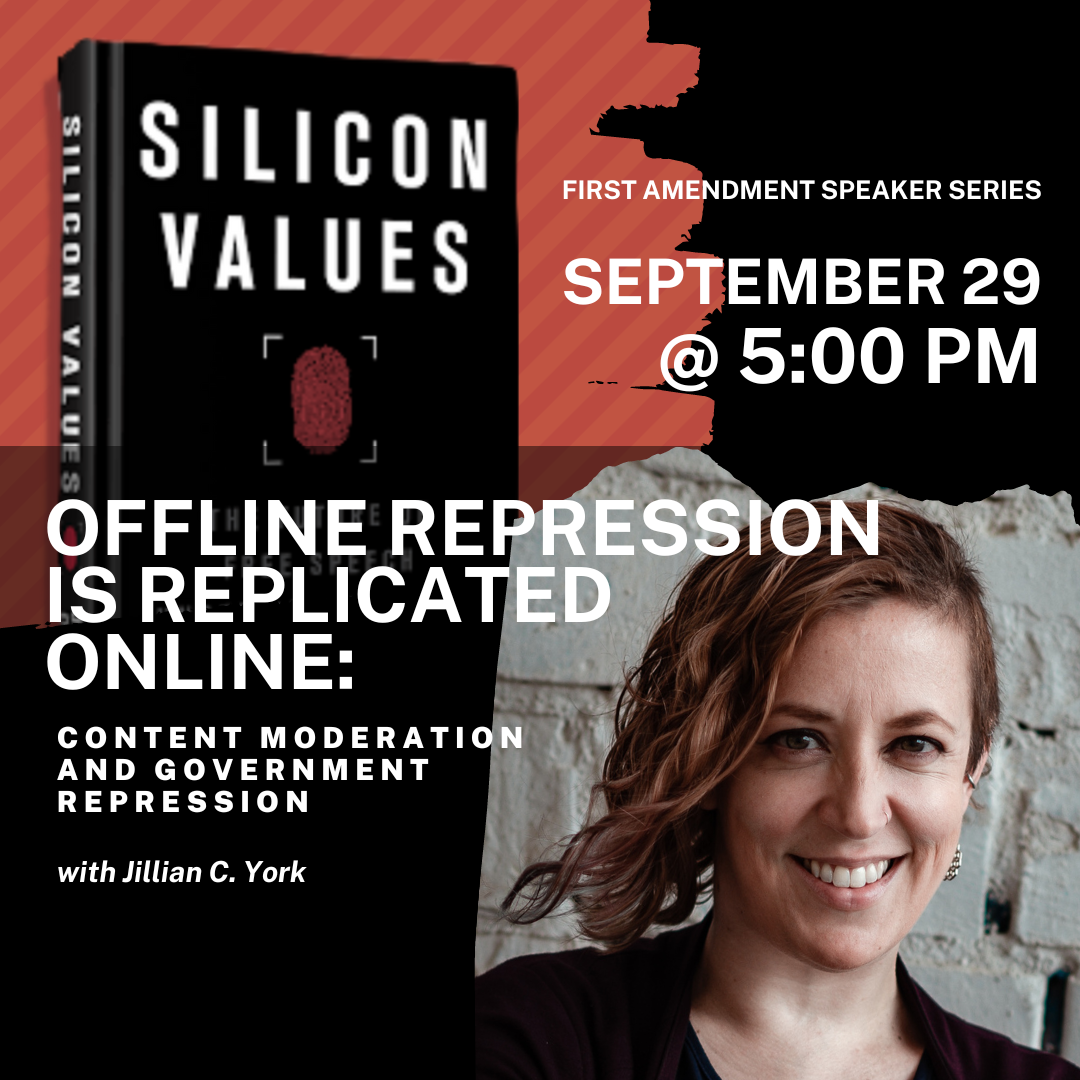 Jillian C. York will discuss her book, Silicon Values: The Future of Free Speech Under Surveillance Capitalism (published with Verso Books in 2021).

Who decides what is permissible on the internet: Politicians? Mark Zuckerberg? Users? Who determines when political debate becomes hate speech? How does this impact our identity or our ability to create communities and to protest? Silicon Values reports on the war for digital rights and how major corporations—Facebook, Twitter, Google and Tiktok—threaten democracy as they harvest our personal data in the pursuit of profit.

Register for the Zoom Event

Jillian C. York is a writer and activist whose work examines the impact of technology on our societal and cultural values. Based in Berlin, she is the Director for International Freedom of Expression at the Electronic Frontier Foundation, a fellow at the Center for Internet & Human Rights at the European University Viadrina, a visiting professor at the College of Europe Natolin, and the author of Silicon Values: The Future of Free Speech Under Surveillance Capitalism. 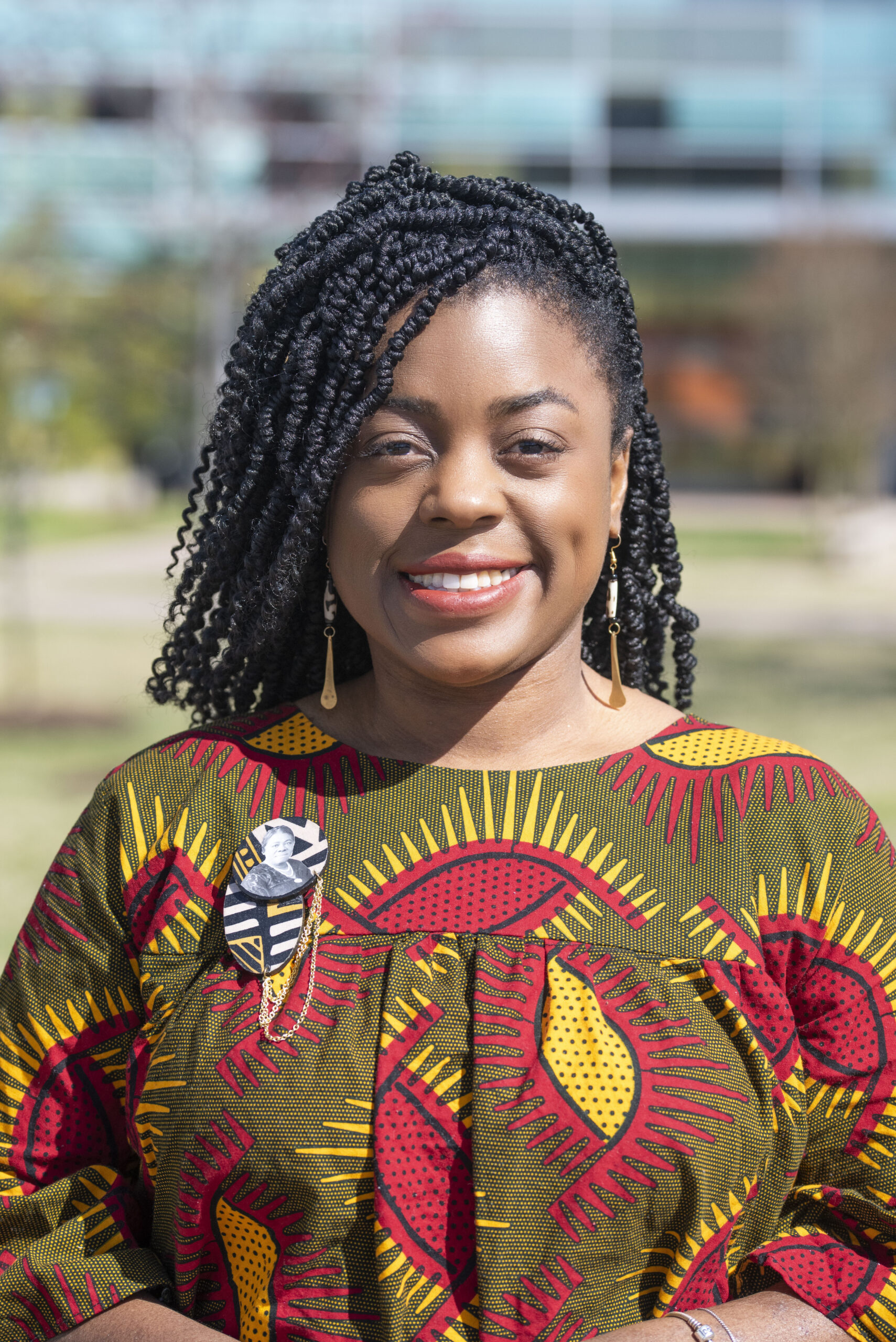 Mary McLeod Bethune was often called the “First Lady of Negro America,” but she made significant contributions to the political climate of Florida as well. From the founding of the Daytona Literary and Industrial School for Training Negro Girls in 1904, Bethune galvanized African American women for change. She created an environment in Daytona Beach that, despite racial tension throughout the state, allowed Jackie Robinson to begin his journey to integrating Major League Baseball less than two miles away from her school. Today, her legacy lives through a number of institutions, including Bethune-Cookman University and the Mary McLeod Bethune Foundation National Historic Landmark. Historian Ashley Robertson Preston explores the life, leadership, and amazing contributions of this dynamic activist.

Dr. Ashley Robertson Preston is an author, curator, and Assistant Professor of History at Howard University.

She is the author of Mary McLeod Bethune in Florida: Bringing Social Justice to the Sunshine State which examines how the educator rose to prominence while fighting for equality at the height of racial unrest in the state.

Dr. Preston’s research interests focus on the activism of Black women during the early twentieth century and the ways in which they uplifted their communities, created institutions, and stood against systemic racism.