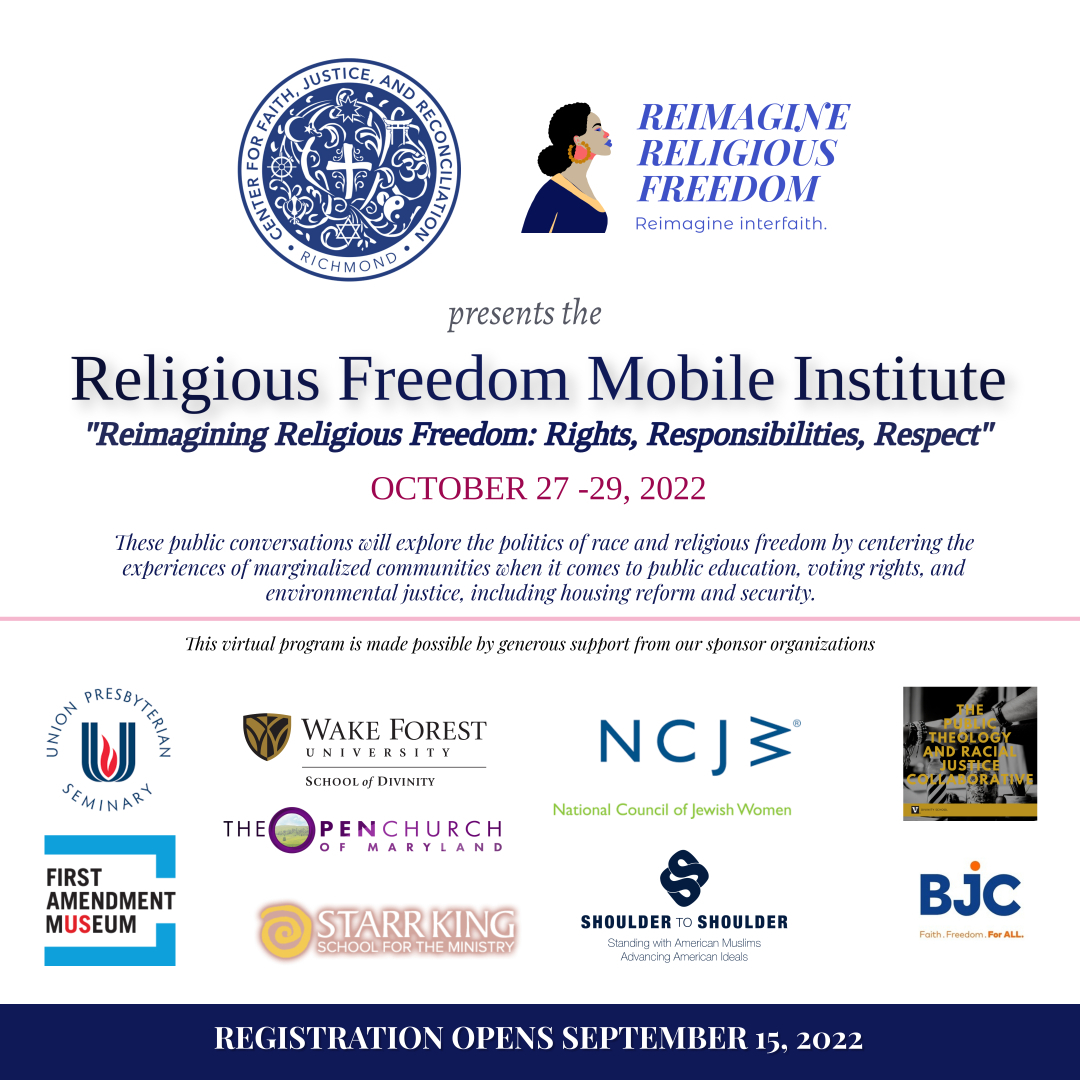 Religious freedom is essential to democracy, and we are at a pivotal point for freedom. In light of the Supreme Court’s decision in Dobbs v. Jackson Women’s Health Organization, and the rise of both political violence and the emboldening of Christian nationalism and its various extremist elements, the Institute will look closely at the role of religion and our understanding of religious freedom in the context of a crumbling democracy and our hope for the future.

The rising threat of Christian nationalist driven political violence is central to our convening now, as is developing the resources for those who gather to quickly mobilize and take action.

This event will be bringing together an impressive group of experts on policy, organizing, law, religion, and the intersection of it all. Not only will you hear and learn from experts in the field, you also will receive the training you need to respond in your context as appropriate.

These public conversations will look at the politics of race and religious freedom by centering the experiences of marginalized communities when it comes to public education, voting rights, and environmental justice, including housing reform and security.

Save October 27-29 on your calendar now.

Center for Faith, Justice, and Reconciliation 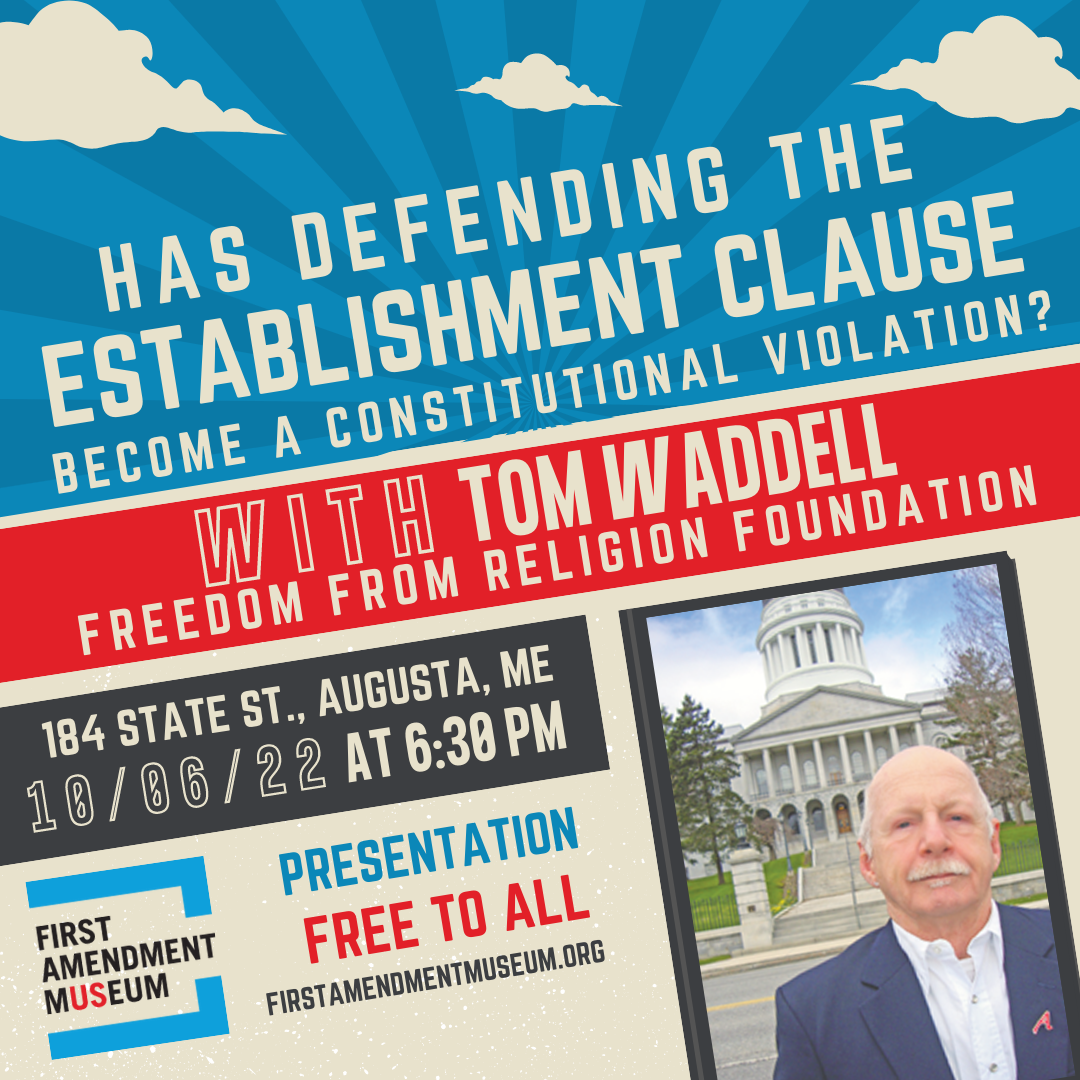 “Has Defending the Establishment Clause Become a Constitutional Violation?” Tom Waddell, president of the Maine Chapter of the Freedom From Religion Foundation, will discuss Maine and Religious Education during his onsite presentation at the First Amendment Museum.

His focus is on how the Supreme Court’s decision in Carson V. Makin all but requires Maine to fund Christian education. He will also explain how Maine’s bill LD1672, which requires private schools to follow public school guidelines, applies to private Christian schools.

With: Tom Waddell, Maine Chapter of the Freedom From Religion Foundation

Free to attend! No Tickets Required!

Tom Waddell is the president of the Maine Chapter of the Freedom From Religion Foundation (FFRF). The Freedom From Religion Foundation is a national constitutional watchdog organization based in Madison, Wisconsin with over 35,000 members. As president of the Maine Chapter – FFRF, Tom was the first “out of the closet” Atheist to give an invocation to the Maine House and Senate since the state was established in 1820.